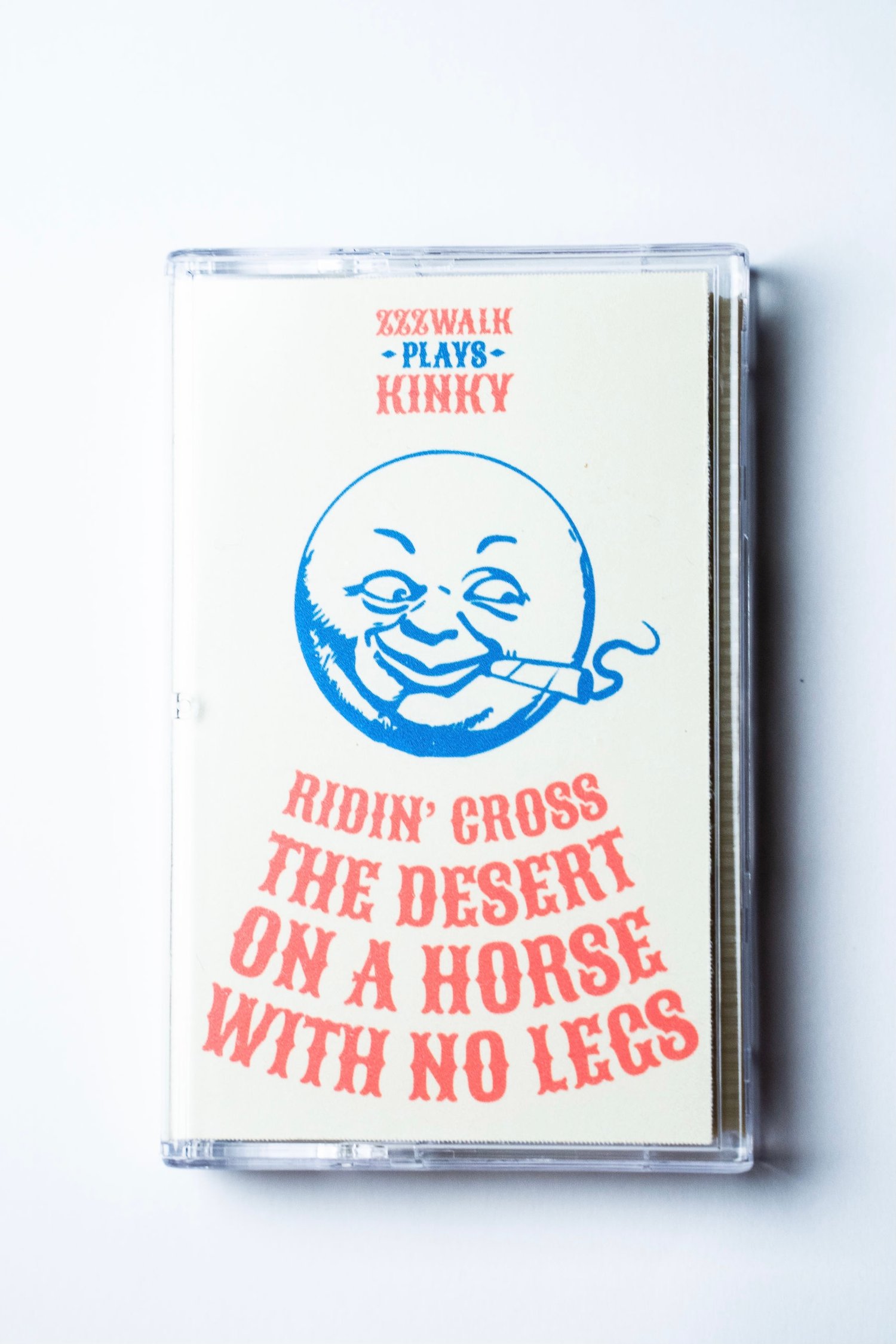 RIDIN’ CROSS THE DESERT ON A HORSE WITH NO LEGS

A few words from Ratso…

As always, Richard “Kinky” “Big Dick” Friedman was way ahead of his time. One of the premiere singer-songwriters in the ‘70s Outlaw Country movement, Kinky was too hip for the country market and too country for the hip intelligentsia on the left and right coasts. His songs were gems, some were incredibly funny, i.e. Get Your Biscuits in the Oven and Your Buns in the Bed, a sendup of the first wave feminist movement, and We Reserve the Right to Refuse Service to You, a wry rumination on being rebuffed by right wing anti-Semites, uptight Jewish rabbis and, at the same time, an anti-Vietnam war polemic. But some of his songs displayed a poetic sensibility that rivaled his contemporaries Bob Dylan and Leonard Cohen. Few people were writing songs like Kinky.

But after a four albums that received critical acclaim and very little airplay and consequent sales, Kinky retired from the musical arena and began writing mystery novels where Kinky, a country-western singer and amateur Sherlock Holmes would solve cases thanks to his friends the Village Irregulars, which included me, Ratso, his Dr. Watson. The novels were a financial pleasure to Kinky and they amassed a following around the world.

But much thanks to Jon “Catfish” DeLorme, impresario of the Alt Country group ZZZWALK, Kinky’s songs have now been resurrected in the form of a tribute EP, “Ridin’ Cross the Desert On A Horse with No Legs”. Catfish has done a wonderful job curating this release, including Kinky classics like Sold American, People Who Like People Magazine, and Jesus in Pajamas. I am particularly honored to guest vocal on Kinky’s poignant classic about the Holocaust, Ride ‘Em Jewboy. So buy the cassette, or stream the songs through a delivery system that will reproduce the fidelity of the these recordings in a faithful manner. And, as the Kinkster might say, “Thank You For Being an American!” 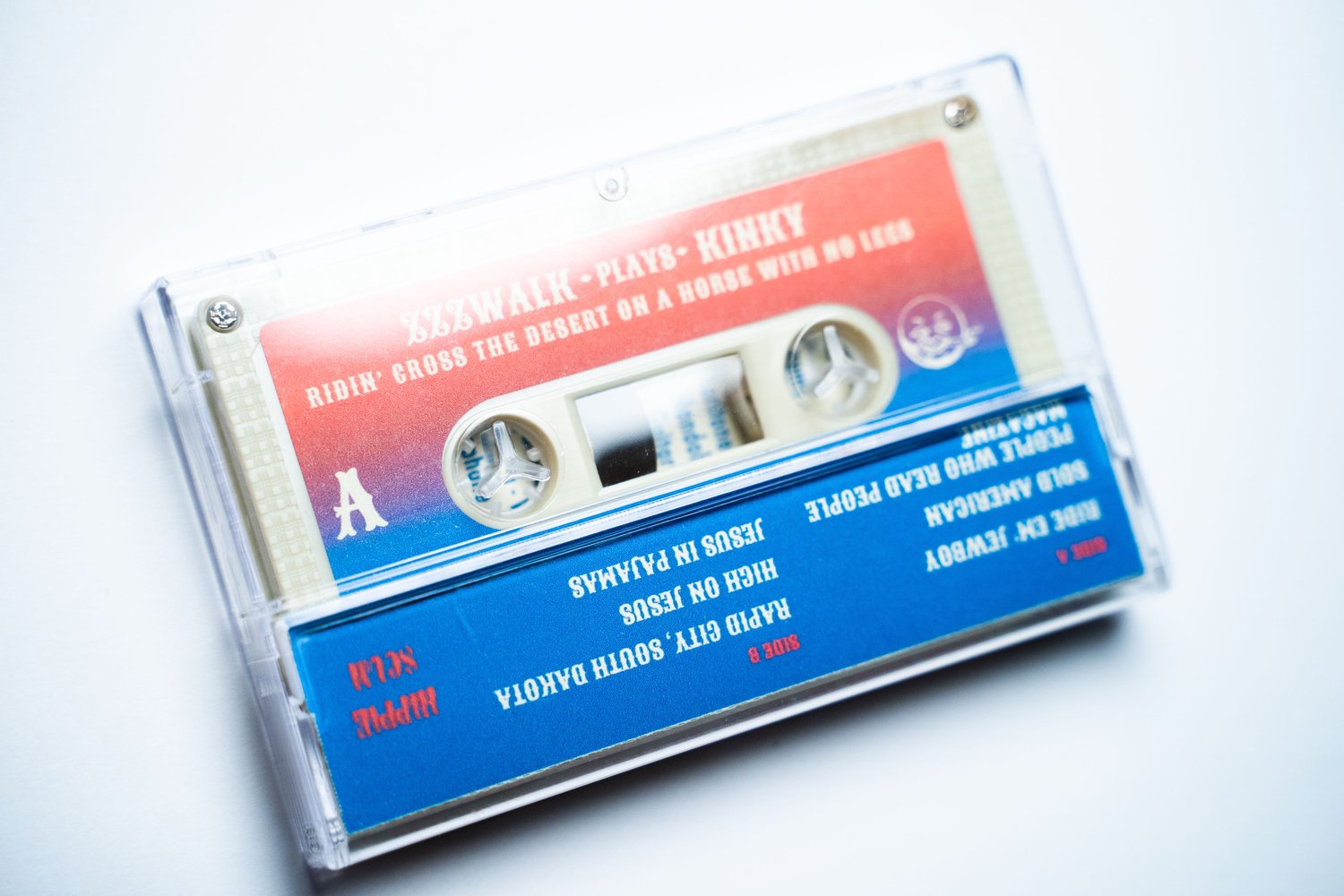 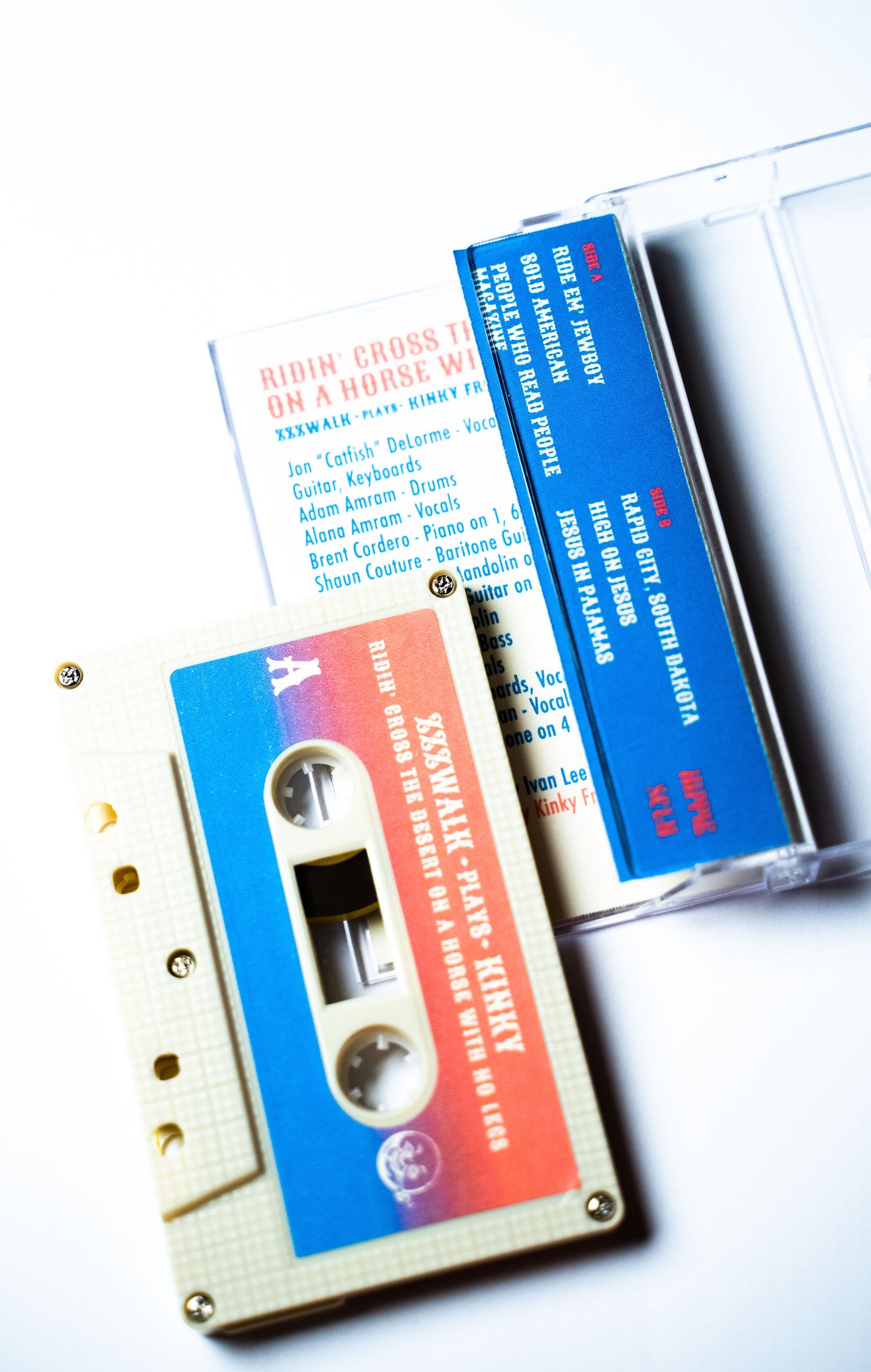